Junior League of Annapolis, Inc. (JLA) celebrated the closing of the 2016 League Year with many traditions and awards to well-deserving members. Each year, the outgoing JLA President passes on the responsibility of leading the women, mission and vision of the League to her successor. To kick off JLA’s 35th year, Craig Friedrich passed the gavel at the May General Membership Meeting to Katie McCone, who will serve as the League’s 36th President. Also in tradition, the baton and JLA President’s sailboat necklace were passed to the new president. The baton has included the date of the annual end of the year potluck along with the president’s names since 1994. 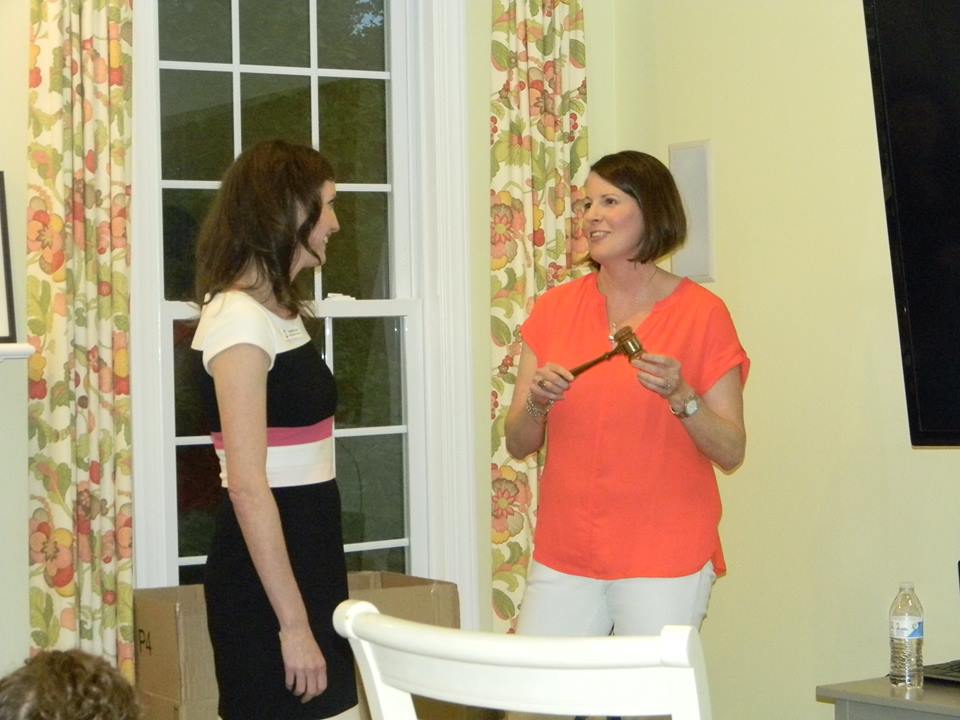 Additionally, Craig presented the following awards to several fantastic JLA women. Presidents Award, aka the “Just Do it!” Award, is presented to recipients in each membership category as based on their outstanding levels of volunteer service demonstrated throughout the year.

(Provisional) Kat Olbrich– Per our Provisional Chair, Anne Zalubowski, Kat is a member of the Spring class “who volunteered to be one of the project leads for Homeless Resource Day and did a fabulous job making sure the event was spectacular. She was in constant communication with her advisor and the other provisionals to ensure success. She was organized, approachable, and dedicated to the project.  We cannot wait to see her shine as an active member.”

(Active) Kayla Gaydosh– Per our Communications VP, Sarah Jane Silverman, Kayla “has a can do attitude and has been a huge support for the whole of the Communications Council. She’s always willing to go the extra mile, and she has worked tirelessly to ensure all chairs and appropriate personnel are comfortable and trained on the part of the website that affects them. Lucky for us, she has signed on for another year!”

(Sustainer) Tina Bradley– Tina was instrumental in the reinstatement of a number of sustainers as Sustainer VP last year, and she rolled with the changes of our new governance model as Sustainer Director this year.

In honor of the first JLA President, the Founder’s Award is presented to an Active League member who has demonstrated outstanding commitment to JLA. The recipient evokes the spirit of voluntarism, demonstrates a willingness to serve the League and community, and has the ability to inspire others. The award is given annually, when merited, by the President of the League.

From our Community Impact Council VP, Morgan Van Arsdall, this year’s recipient “did a fantastic job not just with executing one of our brand-new community impact programs but also with building a super-strong relationship with the community partner. She has done an amazing job mentoring and engaging her whole committee, as well as educating the membership on our new CI program…all with a smile on her face.  Julie is a role model chair which will serve JLA well next year as she moves to chair COPR.”

The Janus Award is presented to a JLA member who has done something extraordinary that will serve to sustain JLA in the future. It is named after the Greek God Janus, the mythical god of beginnings and endings. Janus had two faces: one for reflecting on the past and the other for looking into the future. This award is a special award and was first presented during the 2000-2001 League year. The JLA President selects the award recipient each year.

When Mary Harriman started the Junior League, the member was quite different than she is today. These were debutants, fresh out of college, and the League provided them with training that they had never had before. Now, women are coming into the League with a huge amount of life experience, skills and professional understanding, and though we continue to train them, often times, they are teaching us. The recipient of this year’s Janus award is the perfect example of this more recent paradigm: a fairly new member of the League but one with incredible insight as a result of her own experiences.

As the youngest member of the Board of Directors, Heather may have started off a little quiet at the Board table, sitting amongst past VPs, a past-President and two past treasurers but very quickly started to share her insight into the financial topics of discussion. She not only led the Financial Strategies subcommittee of the Board and brought data-driven suggestions forward that will help JLA strategically, but she also stepped up as co-chair of the re-established Fund Development committee, setting up much-needed processes for our fundraising committees to follow.

Jennifer Summers Barrett epitomized a strong, dedicated JLA member who cared deeply about her community, especially our children. Jenn understood the importance of literacy in our youth. She established the Talk, Play, Read program, which brought our volunteers to underprivileged neighborhoods to read to children and show parents how to encourage a love of reading. She reminded us all that children are our future so we must take care of them as we would our own. Jenn’s legacy lives on through the Jennifer Summers Barrett award as a reminder of her hard work, positive light and the importance of caring for each other—especially our children. The Jennifer Summers Barrett award, voted on by the membership, is presented each year to the Junior League of Annapolis member who best embodies the legacy of Jenn and dedicates herself to truly improving our local community. This year’s recipient is our Provisional Chair Anne. 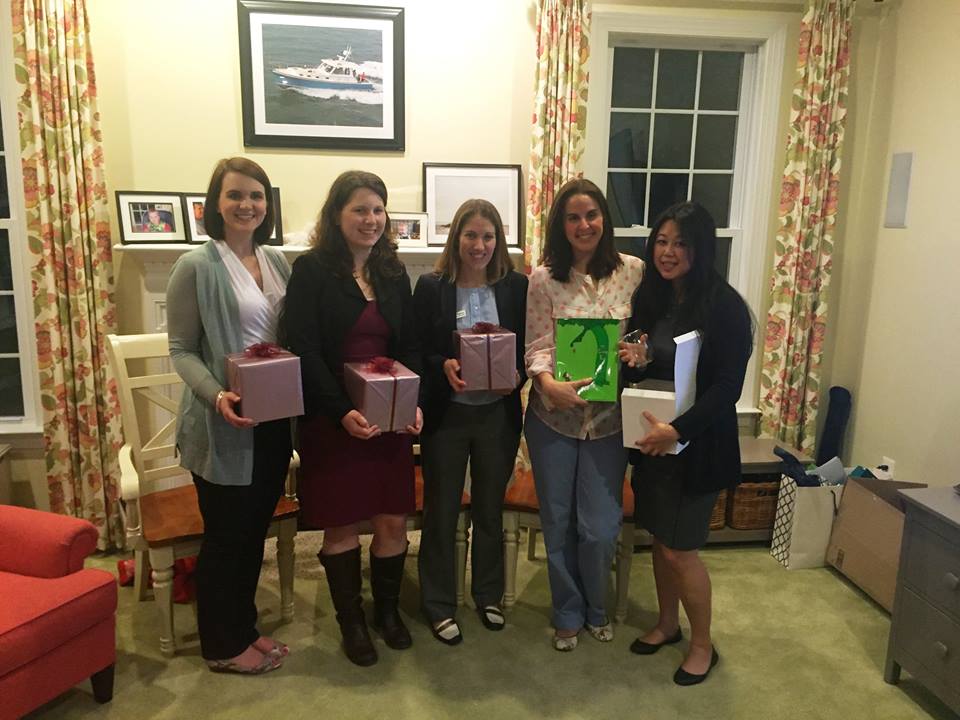