When you are a military spouse, you move. A LOT. Since 2011 I have had homes in Virginia, Georgia, North Carolina and Maryland. By the end of 2016 I moved four times in five years ( that also meant four Junior Leagues in five years). Crazy, right? That’s what happens when you fall in love with a Marine. Damn those uniforms!

I was a journalist for twelve years. I had the privilege of being an Executive News Producer which meant that I was ultimately responsible for what went in the morning newscast at the station I worked at. Luckily, whenever we moved I was able to find a job in news. Unfortunately, to make it the news business you need to move to higher markets. Bottom line, becoming a successful journalist when your husband has many years left in the Marines is going to be nearly impossible. Another thing that comes with moving around as a journalist… crappy pay. When we got to Maryland I was offered a job at a news station in D.C. Big deal, right? Of course. But here’s the thing, I will move in two and half years, and it’s pretty likely it will not be a top 10 market like D.C. That means pay cuts. I was sick of not getting paid what I was WORTH!

It was time for a change.

When we officially arrived in Maryland I started looking for government jobs. They are used to constant moving, I will not lose my GS position every time I move and most importantly I will not take a pay cut. I had been eyeing up a government job for years, but my heart was still in news. Being in the D.C. area, government jobs are all around, but they can be a challenge to get. There is the application process which takes months and the clearance process which takes more months. You can easily wait five months from the time you submit an application to the time you start.

I was lucky, I found two women who make it their mission to help military spouses find these coveted jobs. Today’s military spouses are smart career minded men and women and the government is wising up to put us to good use. So with the help of these women, I started the process of finding job. Let me tell you, the process is intense.

I was going for a Public Affairs job. I had about 90 percent of the experience needed. Most people don’t realize that news people have a lot of the qualifications for Public Affairs jobs. But of course to get a PA job, they want you to have PA or PR experience, right? So where was that going to come from for me.

The answer was easy. Junior League.

When I was in the Junior League of Wilmington, North Carolina, I spent two years on their public relations committee. The first year I was the assistant. I did tons of coordinating and logistics. I wrote press releases and got the media to show up to our events. The League was so happy that I was recognized as a “Shining Star” for my work. They also gave me a cool Tervis mug. The second year I was the PR Chair. I was again successful, got another “Shining Star” and another cool mug. As the Chair I was responsible for everything. I didn’t have an assistant. I got more news coverage, wrote ALL of the press releases and made contacts in the community. At the end of the year, I was given an MVP award. No mug this time, but I did get flowers and a really cool JLW vase.

Those two years of volunteer PR work for JLW made all of the difference on my application. It filled a hole that I desperately needed to fill if I ever wanted a job in Public Affairs with the Government. So I painstaking filled out my application, hit submit and kept my fingers crossed.

Within 14 days of the closing date for the position. I got a tentative job offer! One of the women helping me said I was the fastest spouse hire she ever had! I have no doubt in my mind that my two years of PR work with the Junior League made all of the difference. Our volunteer work matters when it comes to our careers. Keep track of it, you never know when it could help you like it helped me. 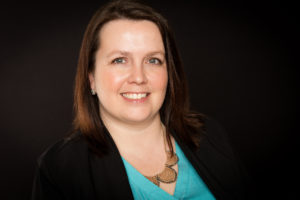 Sherry Kuiper currently serves on the Seeds 4 Success Committee with Junior League of Annapolis. She has also been a member of Junior League of Norfolk-Virginia Beach, Junior League of Columbus (Georgia) and Junior League of Wilmington (North Carolina). Sherry is currently the Media Relations/Public Affairs Specialist at Fort George G. Meade. She lives in Edgewater with her husband Michael (that good lookin’ Marine), their daughter Belle and the fur-baby, Remington.