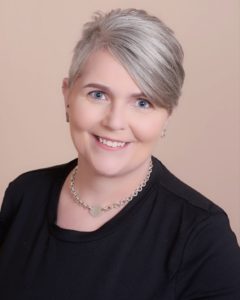 Hallie Salmi serves as the 2022-2023 Junior League of Annapolis Secretary on the Board of Directors. A transfer from the Junior League of Baltimore, Hallie joined the JLA in 2016. She has been a consultant for the last 3 years, serving as Chair in 2019-2020. Besides serving on the Board of Directors, Hallie is a member of the 40th Anniversary Subcommittee, the Signature Project Subcommittee, and Co-Chair of the Bylaws Revision Subcommittee. Hallie has also served as Chair of the Communications Committee.

With a thirst for knowledge, Hallie has participated in Phase One of AJLI’s Membership Mastermind and attended AJLI’s Winter Leadership and Centennial Summit. Hallie received the Founder’s Award in 2022, given in honor of the first President of the Junior League of Annapolis, Inc. to the member that demonstrates outstanding commitment to JLA.

Hallie received a Juris Doctorate from Widener University Delaware Law School in December of 2000 and was sworn into the Maryland Bar in June of 2001. A practicing attorney for over 20 years, Hallie has recently transitioned into Human Resources working in Employee Relations for the Maryland Department of Transportation.

Originally from Wilmington, DE, Hallie has called Maryland home since 2003. Hallie does not limit her servant leadership to JLA. She is an active Alumnae member of Alpha Omicron Pi Fraternity having served as a collegiate advisor and as a volunteer for the fraternity’s Foundation Advancement and Marketing Committee. Hallie has also served on the Executive Board of the Greater Baltimore Alumnae Panhellenic Association since 2019 and is currently serving as President. Hallie also serves as Parliamentarian for the Carter Braxton Chapter of the Daughters of the American Revolution.